The Atari 800XL, together with the 600XL, were successors of the Atari 400/800 series and the unsuccessful Atari 1200 XL in a more compact case. They could use almost the same software, just so long as the program was written correctly, because of some slight differences between OS versions.

The 800XL had 64 KB of RAM, two joystick ports and kept all the custom chips (Pokey, GTIA, Antic) of the previous models. It also featured the new Parallel Bus Interface (PBI) providing high speed access to the system bus. The new version of the graphic Antic chip offered 16 graphics modes instead of 12 for the 800.

An enhanced version, called 800XLF , appeared in summer 1984. It was equipped with the new "Freddie" chip which allowed faster memory management, especially for graphics display. This version was released in Europe with SECAM video interface.

Alongside the Commodore 64 and the Apple II , the 600 and 800XL were among the most popular home computers. They would be replaced in 1985 with the XE series when Atari launched the ST. 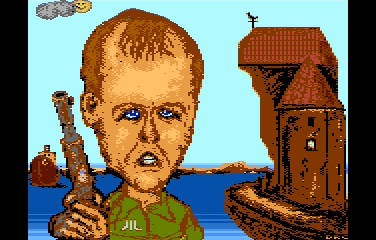