The 65XEP was the first portable computer Atari designed. It was first exhibited in 1985, at the CES show. With the 65XEP, Atari intended to compete with the Commodore SX-64

It was actually a portable version of the Atari 65XE including a 3.5" 360 KB disk drive, a 5" green CRT and a battery pack. The price was fixed at less than $400, but Atari never released this machine. Apparently only one prototype was built.

At the same time, Atari announced a second variation of the 65XE, the 65XEM (for XE Music). This version featured a new powerful polyphonic sound chip called AMY with 8 independent sound voices and 64 oscillators. It was able to synthesize voice and any musical instrument sound much better than the Commodore 64 's SID chip. However, the AMY chip never reached production, so the 65XEM never passed the prototype stage either. 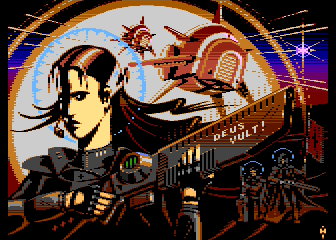